This public concours intends to stimulate young fortepianists to perform on historic fortepianos and square pianos.
It is part of the Geelvinck Festival organised around the Sweelinck Collection of Historic Piano(forte)s.

Geelvinck Festival Award 2014
– the honor to be praised by the jury for the quality of your skills and the beauty of your performance
– the opportunity to perform a concert at the next year’s Nordic Historical Keyboard Festival in Kuopio (Finland) and as well at several historic house podia in the Netherlands
– a prize of € 1.000

Final Round Candidates
Not only the winner, but also the two other candidates for the final round will be given the opportunity to perform at historic house podia in the Netherlands.

Certificate
All candidates, who participate for the Fortepiano Concours, afterwards receive an official certificate stating their participation.

The concours consists of three rounds:

– First Round – Sunday 12th October
The candidates are requested to perform on an early period Viennese action pianoforte grand (with knee levers): two pieces, being a sonata by Haydn or Mozart or early Beethoven and another piece, which was composed either before 1810, or otherwise by a modern or contemporary composer, both pieces of their own choice.
The Jury chooses the six best candidates for the second round.

– Second Round – Monday 13th October
The candidates, which are accepted for the second round, are requested to perform on an early 19th Century English action pianoforte grand: two pieces, being a sonata by Beethoven, Clementi, or Dussek, and another piece from the transitional period, both of their own choice.
The Jury chooses the three best candidates for the final round.

– Final Round – Wednesday evening 15th October
Each of the three remaining candidates performs two pieces:
• a piece by Mendelssohn, Schumann, Chopin or a composer, who is their contemporary, on a Pleyel pianoforte grand (Paris, 1849).
• a sonate from the period of the Viennese Classicism on the early Viennese action pianoforte grand of the first round.
The Jury decides on awarding the Geelvick Festival Award 2014.

The performances are being recorded for use on the website of the festival and the museum, as well as on YouTube.

A full outline of the concours requirements, you will find here.

Information on the aim, the jury members and the history of the Fortepiano Concours, you will find here.

On Tuesday 14th during the morning and early afternoon, there will be public master classes by Stanley Hoogland, Anna Maria MacElwain and Michael Tsalka for square piano and clavichord. Candidates are offered to participate by preference. Please indicate your interest in participating well in advance.
You will find more information here.

Geelvinck Square Piano Award
Optional for candidates of the Fortepiano Concours is their participation for the Square Piano Award.
The Jury can chose to award a separate prize of € 500 to the best performance on square piano, if the quality level of the performance is in accordance with the award’s requirements.
This optional and separate square piano concours takes part on Tuesday 14th October in the afternoon.
For more information on this opportunity, please click here.

The performances of concours program are open for the general public. 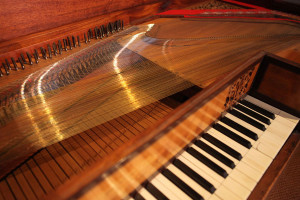