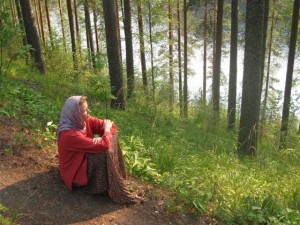 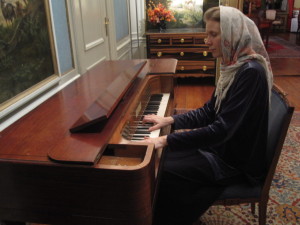 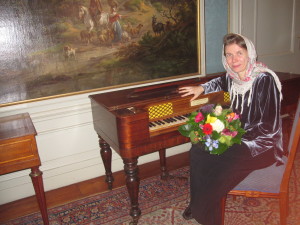 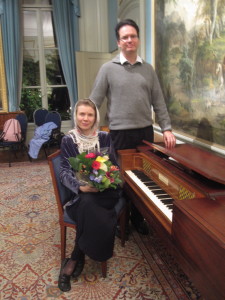 Anna Maria McElwain (1973) is a Finnish-born musician who started piano and violin lessons at the age of six. Her first teachers include Tytti Rouhe and Marjatta Linko. After studying at Turku Conservatory under the guidance of the Polish pianist, Elzbieta Guzek, she continued her studies in the United States at State University of New York at Buffalo with Dr Stephen Manes.

Anna Maria is not known only as a pianist but as a player of harpsichord and fortepiano as well. She performs regularly as a chamber musician and accompanist and has performed in both United States and Europe. She is a winner of Baird Concerto Competition from 1993 and has played as a soloist of Buffalo Civic Symphony Orchestra.

In the past decade Anna Maria has specialized in the clavichord. She studied the clavichord and fortepiano with Dr Pekka Vapaavuori, clavichord improvisation with Mikko Korhonen, and harpsichord with Jaana Ikonen. In 2009 she finished her clavichord diploma with excellent grades and was the first Finn in Finland to achieve a Master of Music degree in clavichord performance.

Anna Maria taught at the Sibelius Academy Kuopio department until 2010 and currently focuses mainly on giving clavichord concerts. Anna Maria’s repertoire consists of music from Renaissance to early Romantic period. Anna Maria has explored the limits of the clavichord with the Beethoven Sonatas and has played Chopin on the clavichord mainly as a curiosity, which resulted in a study on the topic, “The Clavichordist’s View on the Chopin Preludes” which compares the possibilities of the Swedish clavichords with the German models.

Anna Maria owns two fretted clavichords, a Wåhlström and a Hubert, both built by her father Thomas McElwain, as well as an unfretted five-octave Specken-Svensson built by Stig Lundmark with help from the Northern Savonia Culture Fund.

Together with Dr Michael Tsalka Anna Maria is the founder and artistic director of Nordic Historical Keyboard Festival which opened in Kuopio, Finland in 2012 (August 15-24). The festival offered 19 concerts given by artists from three continents, three world premieres, and a course in historical keyboards. The second edition of the festival took place in Kuopio August 14 – 23, 2013.