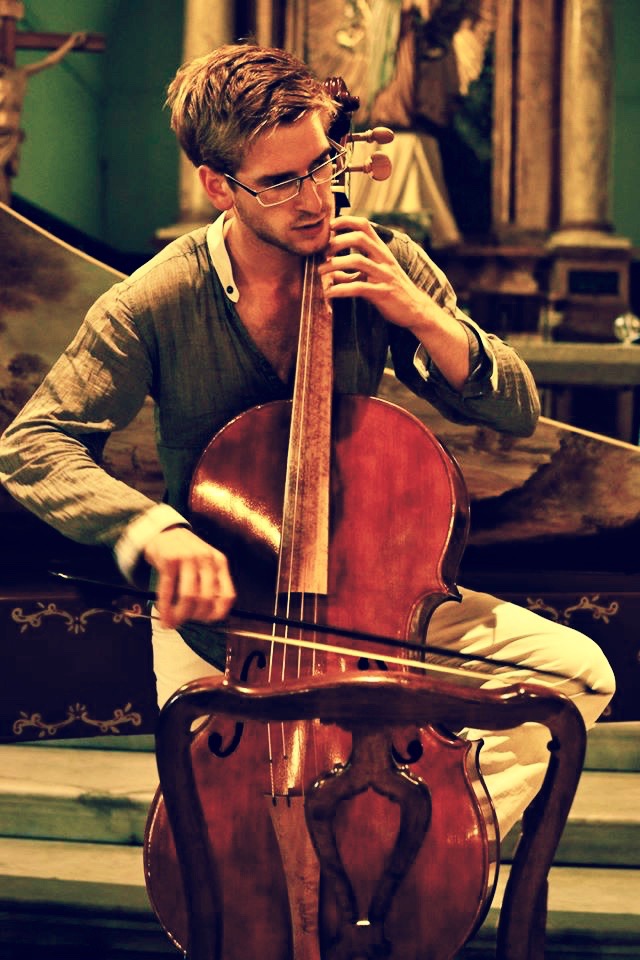 George Ross is a British cellist, specialising in period instrument performance, having recently completed his master’s studies at the Royal Conservatory in The Hague where he
received lessons from Jaap ter Linden. Having attained a first class honours for his Bachelor of Music degree at the Royal College of Music in London,George has worked with such groups as The King’s Consort, the Academy of Ancient Music, the Orchestra of the Age of Enlightenment, Arcangelo, the Hanover Band, Florilegium, the Lawes Baroque Players and the Carillon Choir.

As well as performing orchestrally, in March 2016 his string quartet, the Consone quartet won the Ensemble Prize at the Royal Over- Seas League Competition and in 2015 they gained two prizes at the International Young Artists Competition at the York Early Music Festival; the EUBO Development Trust prize and a place on the Eeemerging Scheme 2016. The Consone quartet is also on the Brighton Live!

The Consone quartet is also on the Brighton Live! Scheme for which they will perform at the Brighton Early Music Festival this autumn. The quartet has also performed for a Radio 3 programme, “Between the Ears”, and in 2013 was awarded the Century Fund Prize in the RCM Historical Performance competition. Next year Consone will give recitals at the York Early Music Festival, the Buxton Festival and the Wigmore Hall in London.

A keen soloist, George was on the Handel House Talent Scheme 2015, which enabled him to give solo recitals at the Handel House Museum in Brook Street, London. He has performed at the Wigmore Hall as a soloist and in chamber groups on numerous occasions. Other solo performance venues include the Mayfair Arts Club, St John’s Smith Square, St. Martin-in-the- Fields, St. George’s Hanover Square, Hatchlands House and the Corn Exchange in Newbury.

George was a student at the Purcell School where he studied with Alexander Boyarsky. During his time there, he won prizes in Porec, Liezen, Marlow Festival Concerto Competition, was awarded the Martin Musical Scholarship fund and was given the Pierre Fournier prize in 2009. In the same year, he won a scholarship to study at the Royal College of Music, and, whilst continuing to work with Boyarsky on modern cello, also cultivated a passion for the baroque cello, which he studied with Richard Tunnicliffe.