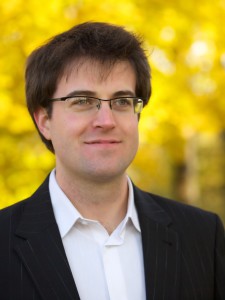 At 8 years of age Jérôme BRODIN met the harpsichord for the first time. He came across this peculiar instrument, by chance, at the music school of his home town (Compiegne, France) and immediately fell in love with it. The same year, he was accepted to the class of Sylvie Pécot-Douatte with whom he studied harpsichord until he was 16 years old.

Having moved to Bretagne, he entered the Conservatoire of Rennes where he studied harpsichord with Pascal Dubreuil from 2002 to 2007. During this time he also completed a Bachelor Degree in Musicology at the University of Rennes. Subsequently he came to Utrecht Conservatorium where he studied harpsichord and continuo with Siebe Henstra. He graduated a Master Degree there in 2011.

Since then, Jérôme plays with many ensembles; the best known are the Holland Baroque Society and Camerata Ardesko. He also plays regularly in chamber music and solo and forms with Ida Höög (recorder) the Duo Capricci, which performs two weeks of concerts every summer in Sweden (www.duocapricci.se).

Since February 2013, Jérôme is following in Amsterdam the training to become Alexander Technique teacher.