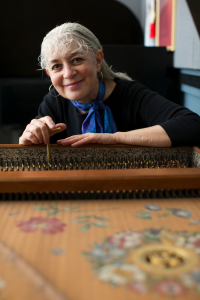 Joyce Lindorff takes part at the Geelvinck Fortepiano Festival 2015 and gives a recital on 18 October at the Honig Breethuis in Zaandijk. On 20 October, Prof. Lindorff will be a member of the discussion panel on the historically informed performance practice on keyboards.