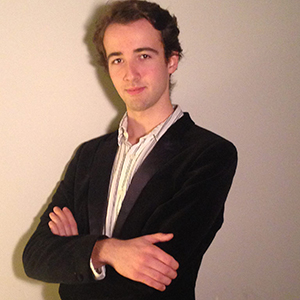 Louis Lallouette was born in London in 1997, and has moved several times between England, France and the Netherlands. Having been brought up in a very musical household, he gravitated towards the living room piano, and received his first lessons at the age of 11 with Pinar Celik Warsi.
After moving to France, he studied for an additional year with Véronique Mélet in Villeneuve-lès-Avignon.
After studying Harpsichord under Richard Egarr from 2014 to 2016, he resumed his piano training with Marta Liébana Martinez, who helped him earn a place to study classical piano at the Conservatorium van Amsterdam, starting in September 2017.
He hopes to continue developing as a pianist and accompanist well into the future.