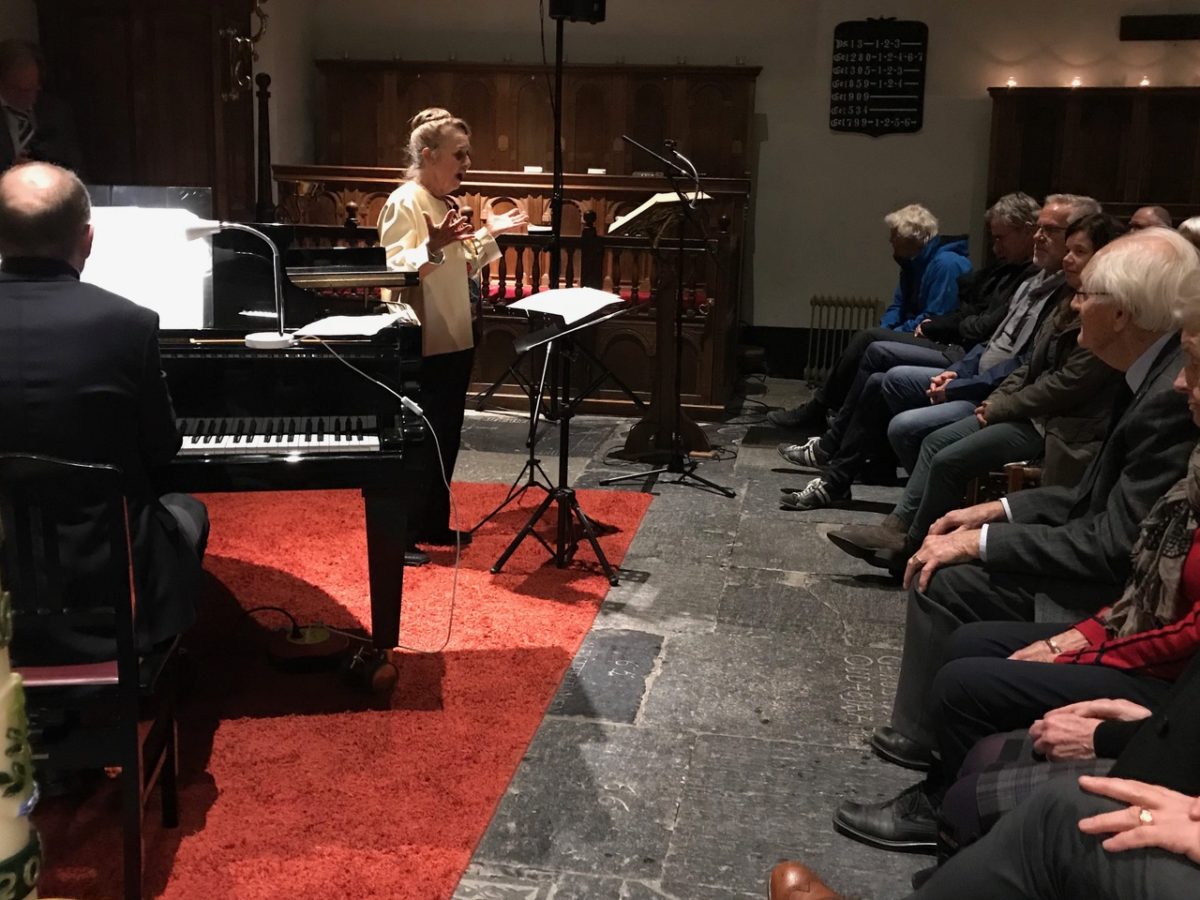 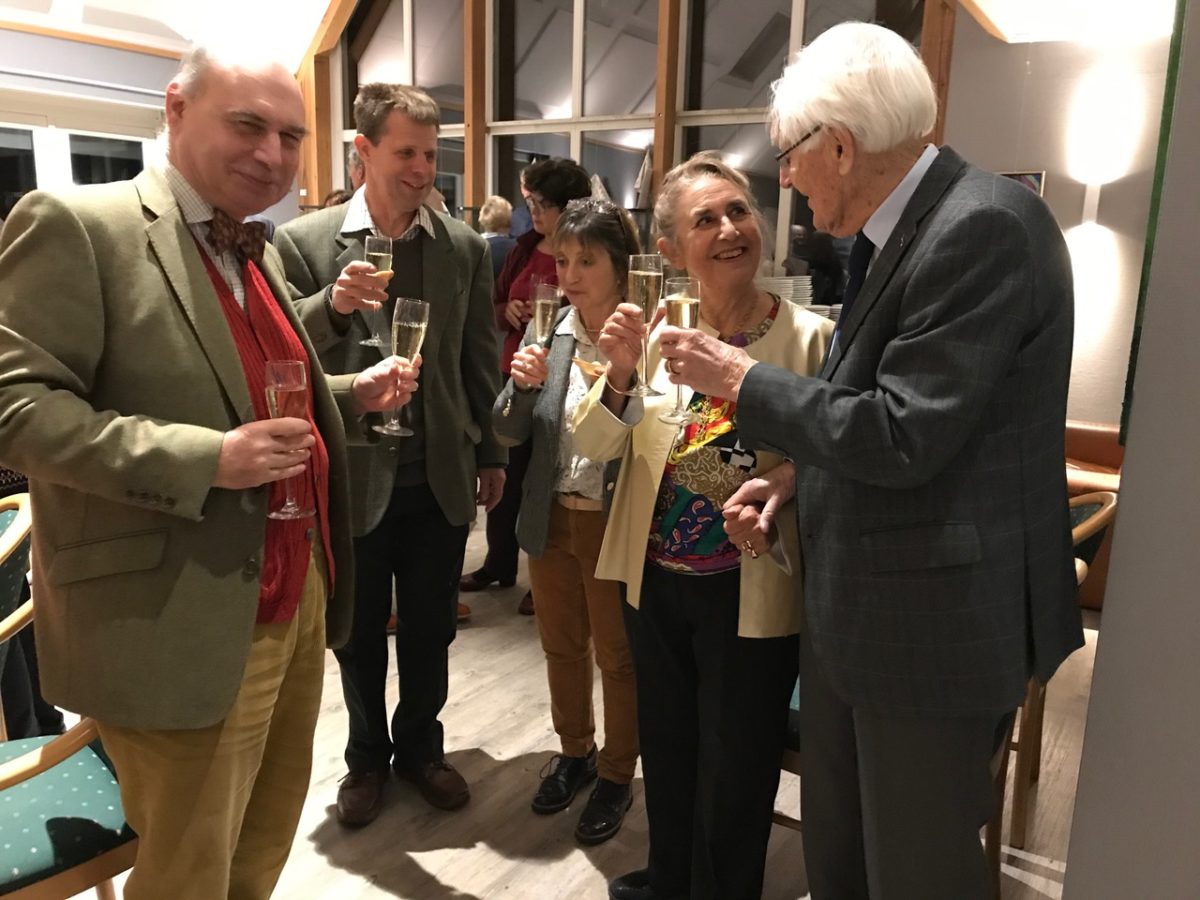 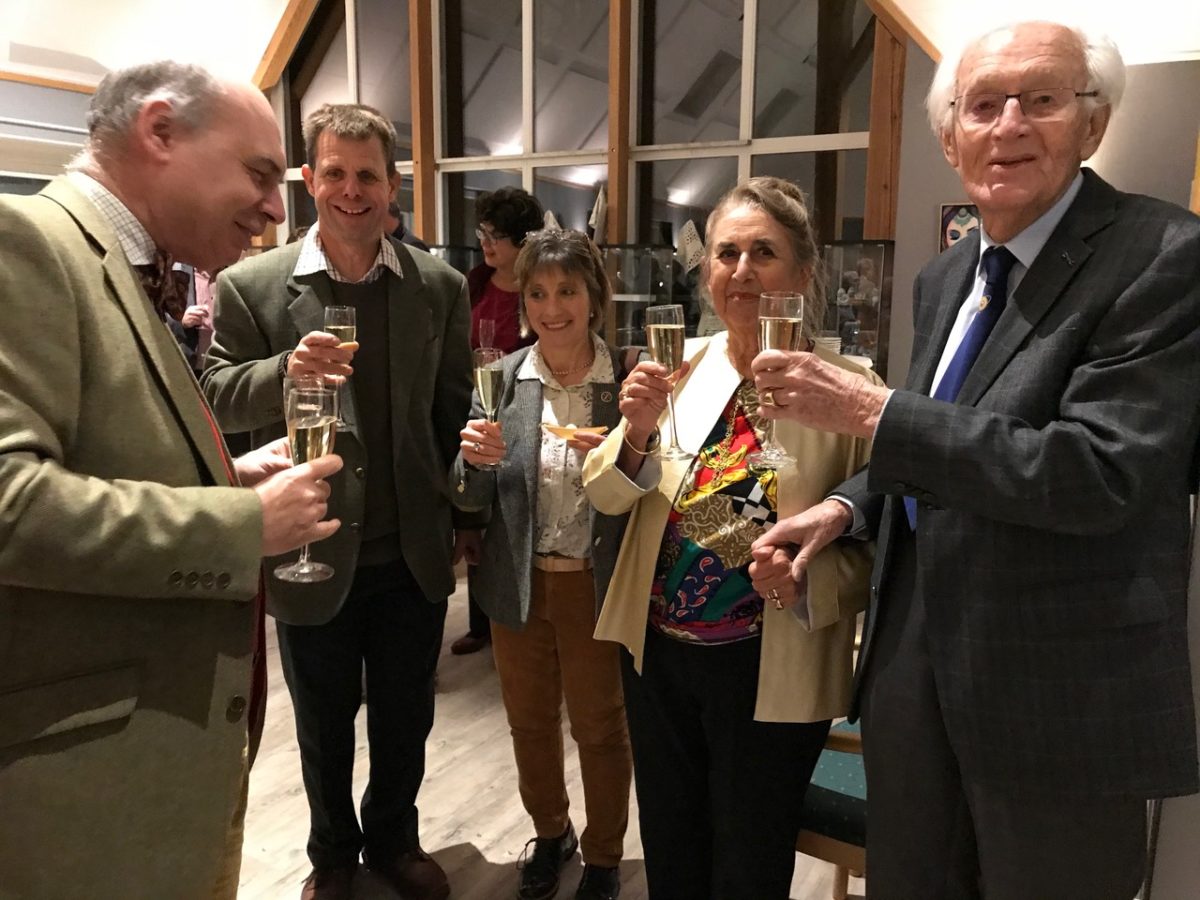 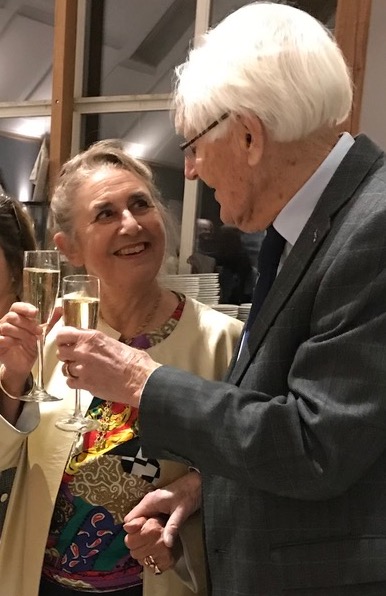 Descending from an intellectual and artistically gifted family, mrs. Margriet M.J. Buisman-Boele would have been the seventh generation of medical doctors. However, after her studies in Utrecht, she married the industrialist G.A.H. Buisman Jzn. and developed as a painter, pianist, singer and dancer. Already on a young age, she started to develop her artistic gifts (e.g. playing quatre-mains with her grandmother, Peggy Nijland-Moll). Together with her mother, she became a member of ‘Het Palet‘ in Zwolle (today, she is the member of longest standing) and participated in several exhibitions. This included a solo-exhibition in Gstaad dedicated to Yehudi Menuhin, whose effort in Saanen-Gstaad the couple supported for many years. In her younger years, she was a ballet dancer and up to today she exercises frequently.

The couple lived in Heerde (Veluwe, Netherlands), where she and her husband participated in writing and performing musicals for the local tennis club. After raising their two sons – one of which initiated and leads Museum Geelvinck –, they moved to their chalet in Schönried (near Gstaad, Switzerland) 1n 1990, which they had already built for this purpose in 1969. Since the passing of her late husband in 2005, with help of her piano teacher Herman Riphagen (Heerde), she recorded three CDs with romantic and popular songs from the 20th century.

As her grandfather was the world-reknown astronomer prof.dr. Albert Nijland, she was born at the observatory in Utrecht. Her current life-partner is the famous astronomer prof.dr. Kees de Jager, who for a large part of his live had been living at this observatory too. Now they share their lives on the island of Texel (Netherlands), where her last CD was launched with her concert in November 2019.