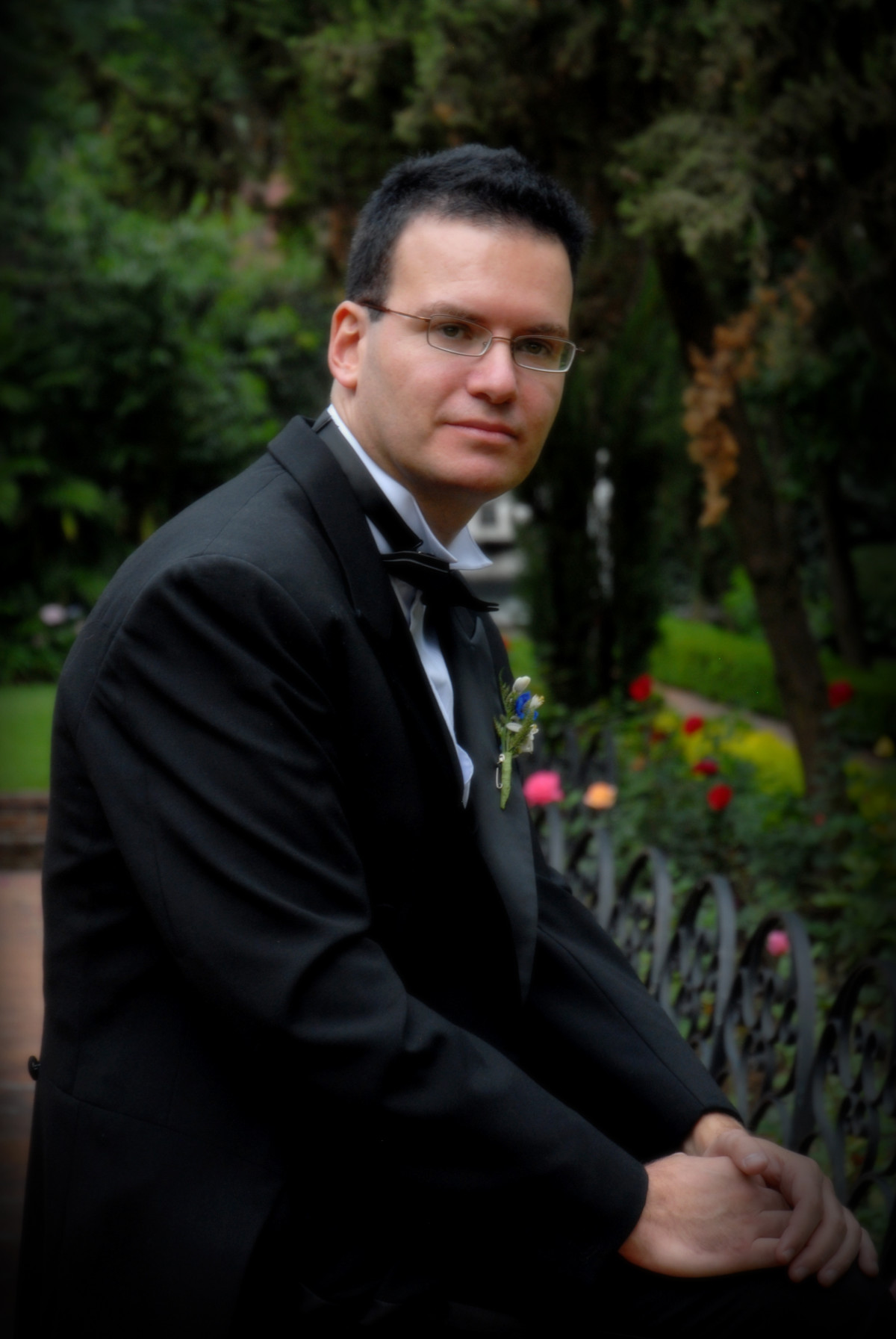 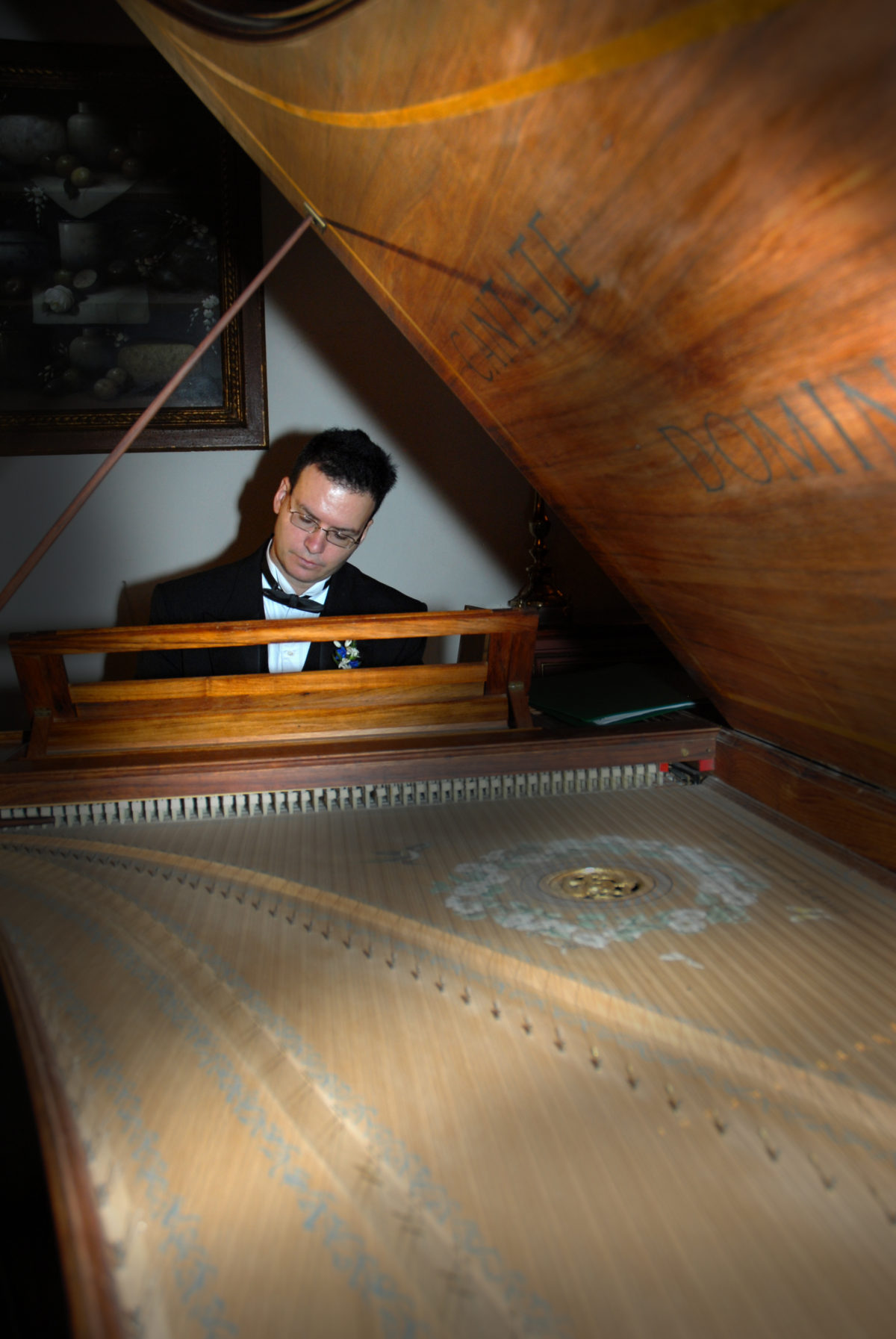 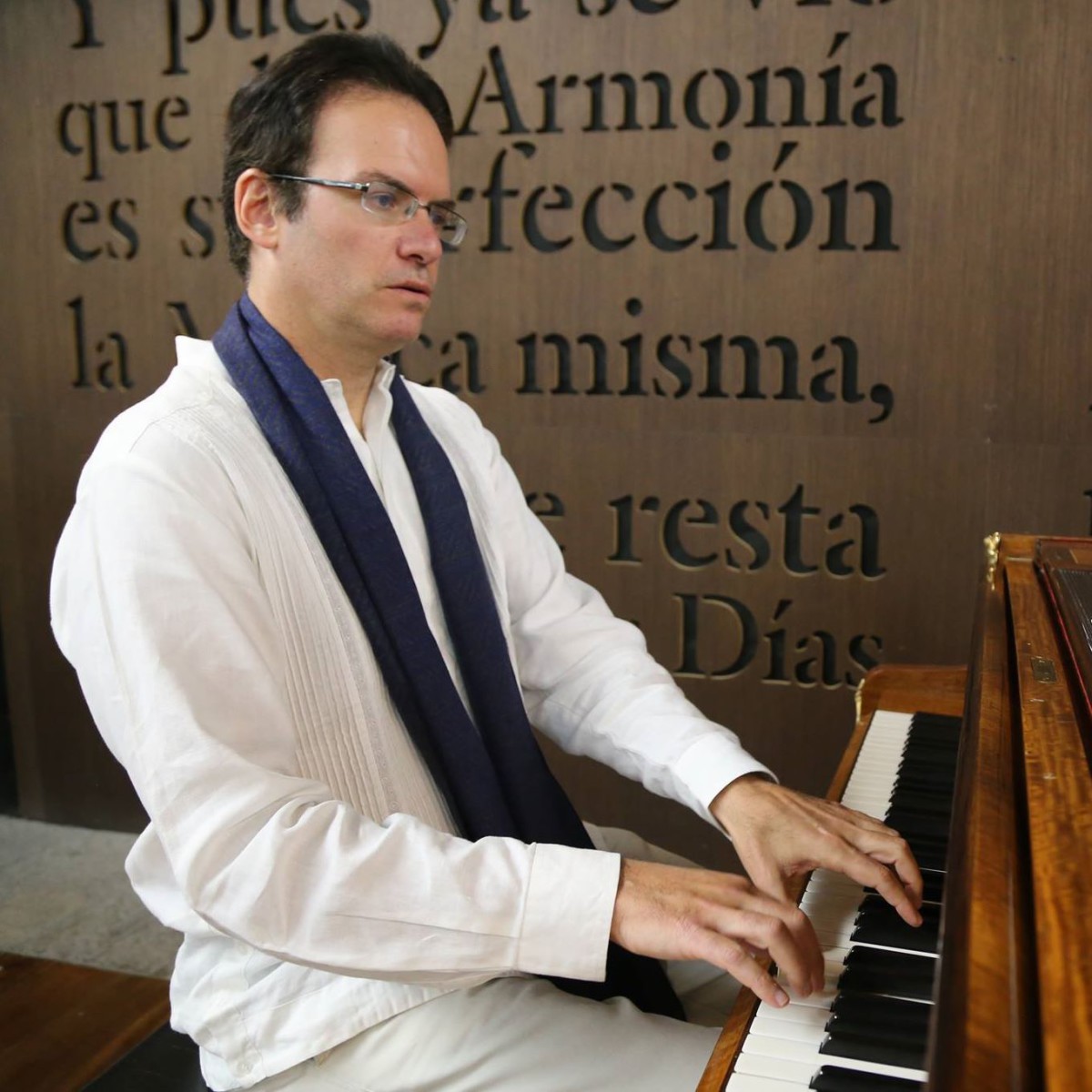 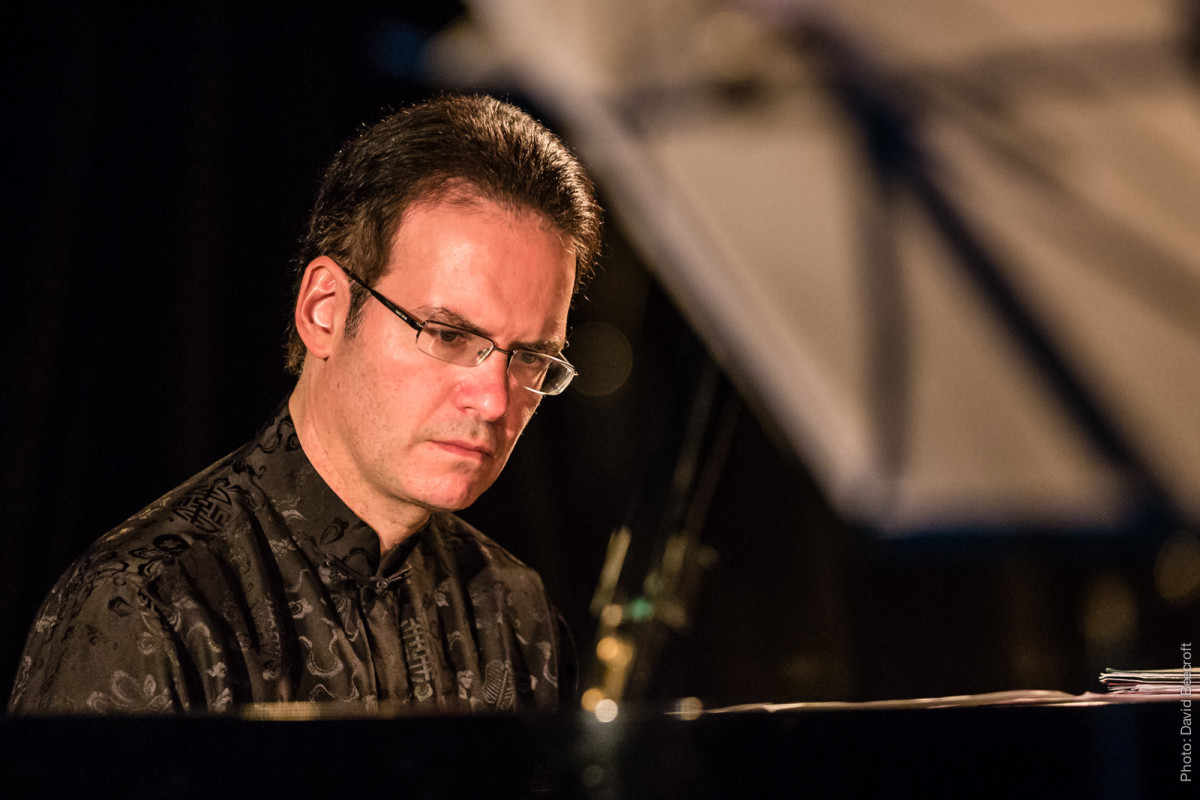 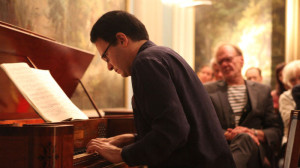 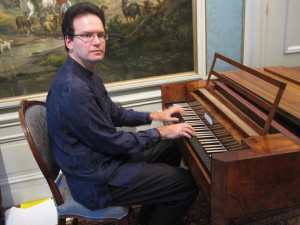 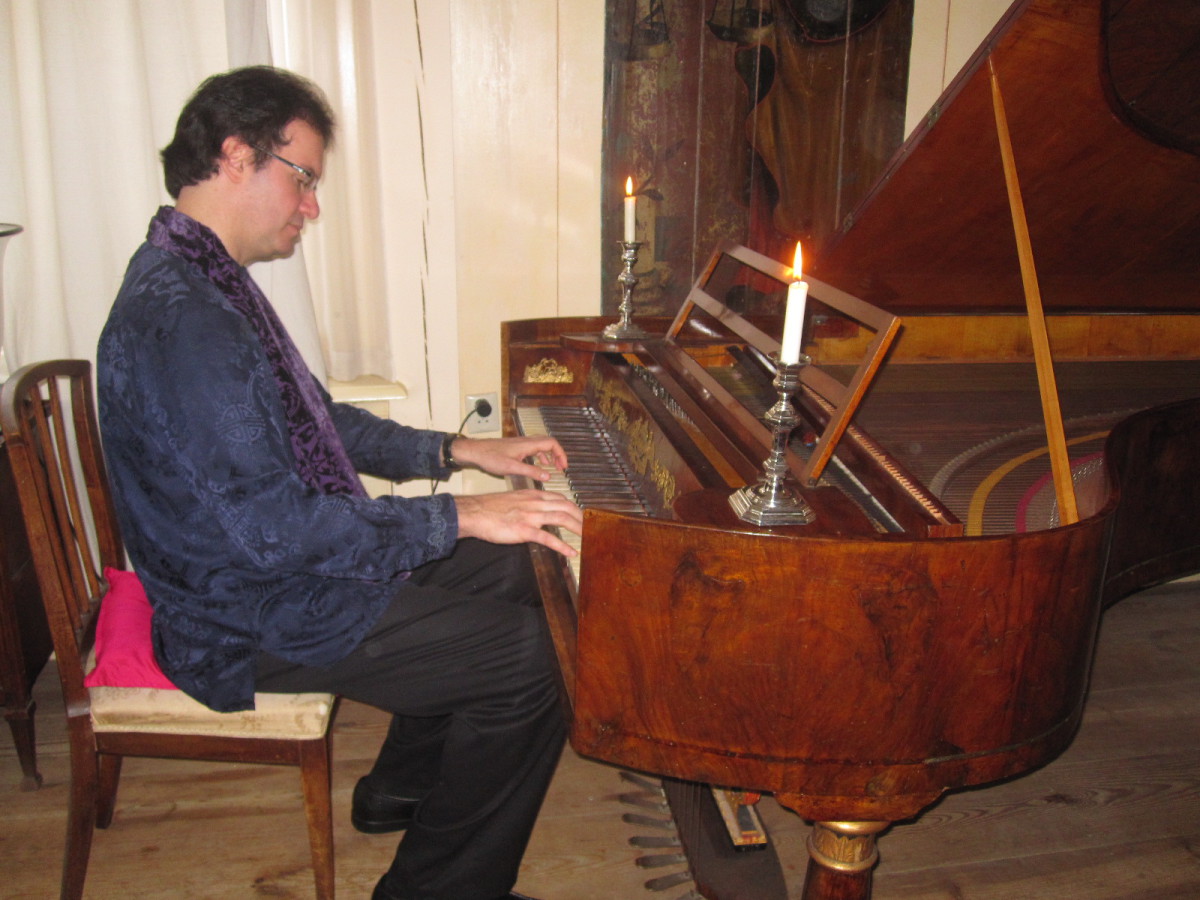 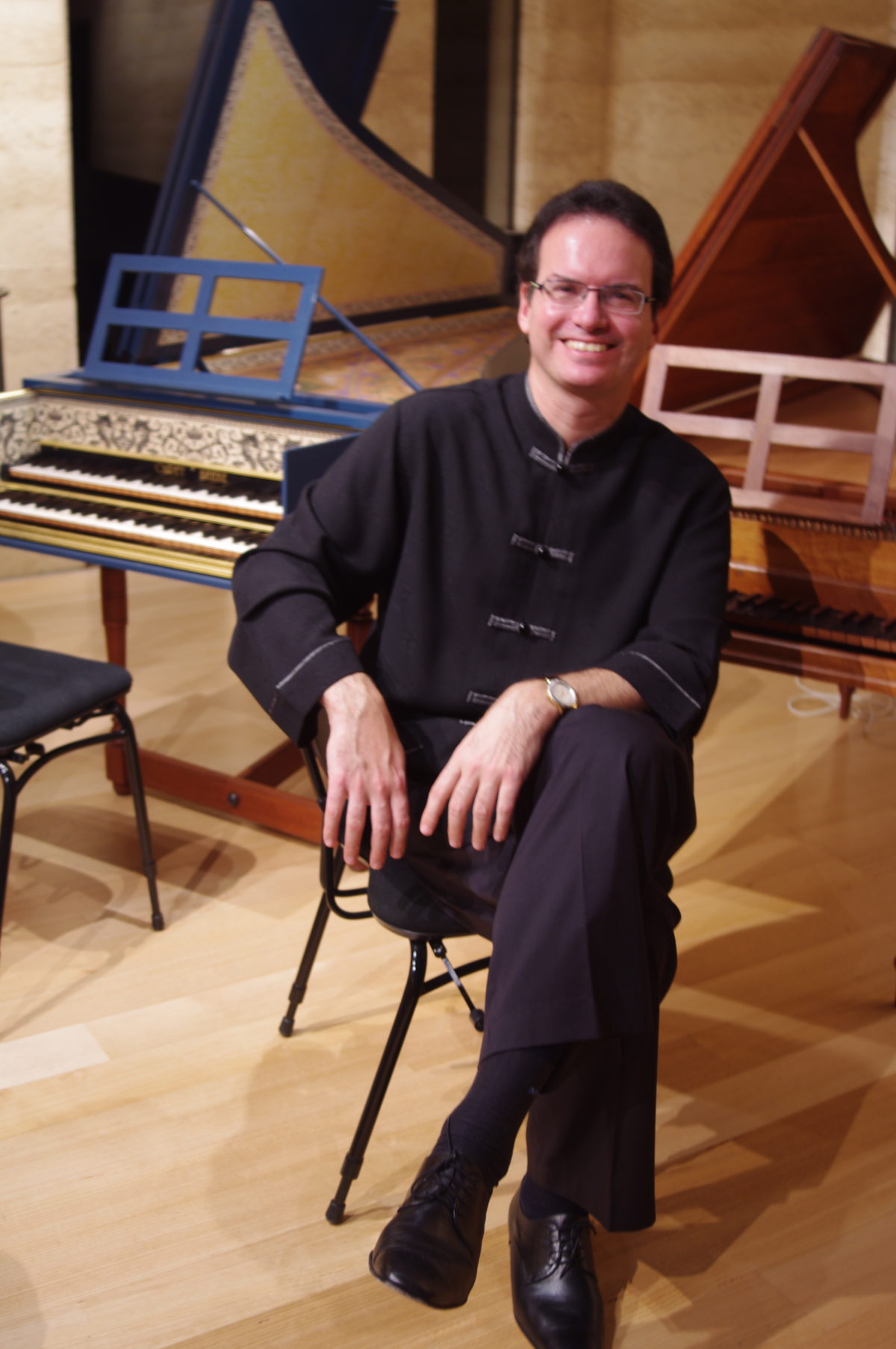 Concert pianist and early keyboard performer Michael Tsalka has won numerous prizes and awards in Europe, the U.S.A., the Middle East, Asia, and Latin America. A versatile musician, he performs with equal virtuosity a wide span of repertoire from the early Baroque to our days on harpsichord, fortepiano, clavichord, square piano, chamber organ and modern piano. Dr. Tsalka was born in Tel-Aviv, Israel. After obtaining a bachelor’s degree from Tel-Aviv University, he continued his studies in Germany and Italy. In 2001, he received a Piano Solo Diploma from the Scuola Superiore Internazionale del Trio di Trieste, where he studied with Dario di Rosa. From 2002-2008, he studied at Temple University under the guidance of Joyce Lindorff, Harvey Wedeen, and Lambert Orkis. Tsalka holds three degrees from that institution: a Master’s degree in Chamber Music/Accompanying, a Master’s degree in Harpsichord Performance and a Doctorate in Piano Performance. Other teachers included Sandra Mangsen, Klaus Schilde, Malcolm Bilson, and Charles Rosen.

Tsalka often perform chamber music: recent ensembles he has established include the Mediterranean Trio, a duo with mandolinist Alon Sariel, the Filmharmonia Duo and Musica Curiosa Duo together with organist and glass armonica virtuoso Dennis James.

He has presented hundred and thirty master classes and lecture-recitals in academic institutions in all continents. During his doctorate years, he taught at the Esther Boyer College of Music. From 2009-2014, he was a professor of harpsichord and chamber music at the Escuela Superior de Música, National Center for the Arts (Mexico City), and a professor of early keyboards at Lilla Akademien (Stockholm). He is also a visiting professor at Auckland University, the Nelson Center for Musical Arts in New Zealand, and Celaya Conservatory of Music in Guanajuato, Mexico.

“Tsalka’s articulate and sensitive reading gives each sonata palpable musical life, the works coming across as “contemporary” and as relevant to current musical thought today as when they were written. This is a great and lasting strength of Viktor Ullmann’s writing. Michael Tsalka finds a fine balance between his understanding of the background and circumstances of each sonata and his objective playing of some of the finest piano music composed in the first half of the 20th century”
(Concert Critique Blog, Pamela Hickman, Jerusalem, April 2015)

”This is a brilliant recording by an artist with a passion. Stepping outside the well-worn path of keyboard music, he creates a performance that make you sit up and listen. Technicality and creativity meet in a beautifully balanced performance. (Music Web International. RECORDING OF THE YEAR, Dec. 2013)

“The concert was a smashing success…” (Global Times, Beijing)