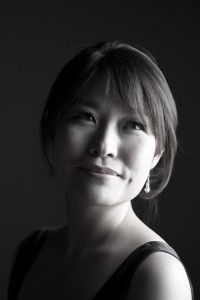 Nana Hizumi was born in Japan and is now based in Amsterdam. Hizumi graduated at Sapporo Otani University, Japan with the Special President Award as an honour for achieving the highest marks of the academic year in 2000. She moved to Amsterdam to study at Conservatorium van Amsterdam with Willem Brons and Dido Keuning. During her studies, she discovered her extraordinary talent as an accompanist for singers. She then continued her studies with the support of the Jack Fonk Scholarship at the same conservatoire and obtained a Master of Music in 2008. Hizumi has also received guidance from many eminent accompanists such as Rudolf Jansen, Roger Vignoles, Julius Drake, Peter Feuchtwanger, Paula de Wit, Udo Reinemann.

In recent years, Hizumi has specialised in accompaniment and has received high acclaim while working with numerous singers such as Martijn Cornet, Aleksandra Anisimowizc, Nienke Otten, Yun Park, Petra Stoute. Her wide-ranging repertoire covers from core German lieder to less known composers such as Kunihiko Hashimoto, Jan Mul. Recently, she has appeared at festivals in Amsterdam, Rotterdam, Bloemendaal, Heemstede, Utrecht and Melbourne and has also given numerous lieder concerts.

Hizumi’s engagements include concerts with Yukari Uekawa Hiroshima in December 2012.

nana will play a piano recital, together with Natsuko Hara, in the Geelvinck Salon on Sunday 7 July 2013.