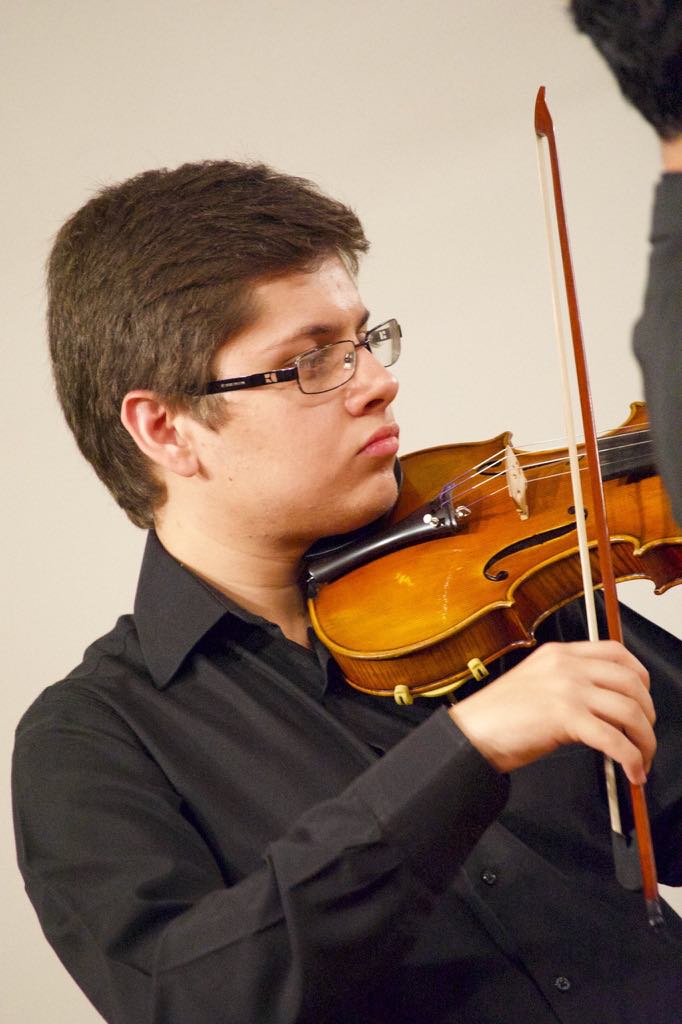 Mexican violinist Rodrigo Lluch Sicard began his violin studies at the age of four with Orofessor Luis Peláez García at the Escuela de Música de Baja California Sur, where he later graduated as a musical technician. The Honorable Congress of the State of Baja California Sur awarded him the State Youth Prize.

Rodrigo is studying his Bachelor’s Degree in violin with Professor Cuauhtémoc Rivera at the Escuela Superior de Música (National Center for the Arts, Mexico City). He is an active violinist in various ensembles, like the Baroque ensamble “Kairós”, the baroque orchestra “Antiqva Metropoli”, and a violin and piano duo with Ricardo Galaviz.

In pursuance of his conducting career, he has taken classes with Dr. Sebastián Cohen (Argentina). Also, he has conducted the Baja California Sur Symphony Orchestra and El taller de la memoria, a contemporary chamber orchestra he created alongside his partner, Areli Cortés.

His musical trajectory consists of about 450 presentations, among them recitals, auditions and concerts in spaces such as the Auditorium Blas Galindo, Carlos Chávez Hall, Sala Nezahualcóyotl, the Silvestre Revueltas Hall, and the National Auditorium.