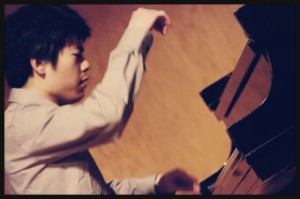 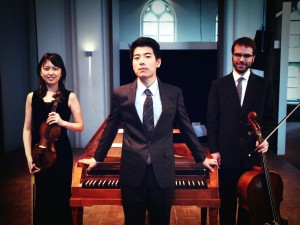 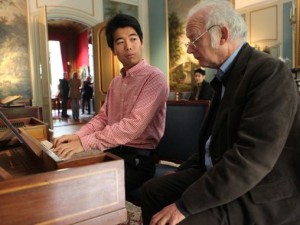 a prize-winner of the 1st International Westfield Fortepiano Competition, recently completed a dual master’s degree in Piano and Fortepiano Performance at the University of Michigan. As a versatile keyboardist, he has won recognition in both modern and historical performance. In 2010, he won Second Prize in the Ann Arbor Society of Musical Arts, Young Artist Competition and in 2012, he was a laureate of the Jurow International Harpsichord Competition. In 2011, he was invited by Malcolm Bilson to performed at the United States Library of Congress for the American Musicological Society Lecture Series: “What the Autograph Can Tell Us: Beethoven’s Sonata in E major, Opus 109″. As a recipient of the Fulbright Scholarship, he is currently studying at the Royal Conservatory of the Hague with Bart van Oort.

On Saturday 6 October, 16h. PM, Shin Hwang gave a recital in Museum Geelvinck, on a square pianoforte, on the occasion of the Geelvinck Square Pianoforte Festival 2012, Day of the Square Piano.

Shin Hwang performs at the Geelvinck Salon of 16 March 2014 in a recital with violonist Allison Luthmers Teyssler with a Schumann – Beethoven program.

As a member of the ‘De la Haye Trio’, Shin played  on 22 September 2013 with the program ‘The Forgotten Links – Classical Romantics’, in cooperation with Salon de la Haye.