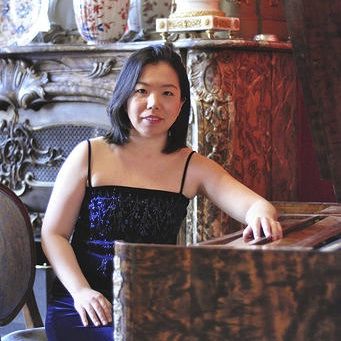 Tae-Young Kim began playing piano on her own at age 3.  Three years later she began taking piano lessons, and performed for the Korean Educational Radio at age 10.

After graduating with a Bachelor’s degree in piano in Seoul, she furthered her studies in Germany with Gabriel Amiras, earning an artistic diploma in Trossingen.  Tae-Young was greatly influenced by pedagogue Peter Feuchtwanger who taught her natural piano playing.

In 2003 she began playing fortepiano, and next year entered the fortepiano class of Eckart Sellheim at the Trossingen Early Music Institute.

In 2006 she moved to the Netherlands for fortepiano study, graduating from the Royal Conservatory the Hague with Bart van Oort (BA), and then from the Conservatory of Amsterdam with Richard Egarr (MA). Tae-Young has participated in masterclasses with Stanley Hoogland, Malcolm Bilson, and Andreas Staier, among others.

In 2011 she was awarded the second prize ex-aequo at the young talents performance concours ‘Amsterdam Virtuosi 2011’ in the Geelvinck Pianoforte Festival. Her repertoire ranges from classical solo to chamber music, songs, contemporary music, and world music, including traditional Korean music. She has performed at the Geelvinck Fortepiano Festival, Theater Purmaryn, and the Tivoli Vredenburg Lunchconcert series in Utrecht among others. Tae-Young works as a freelance musician, living in the Netherlands.