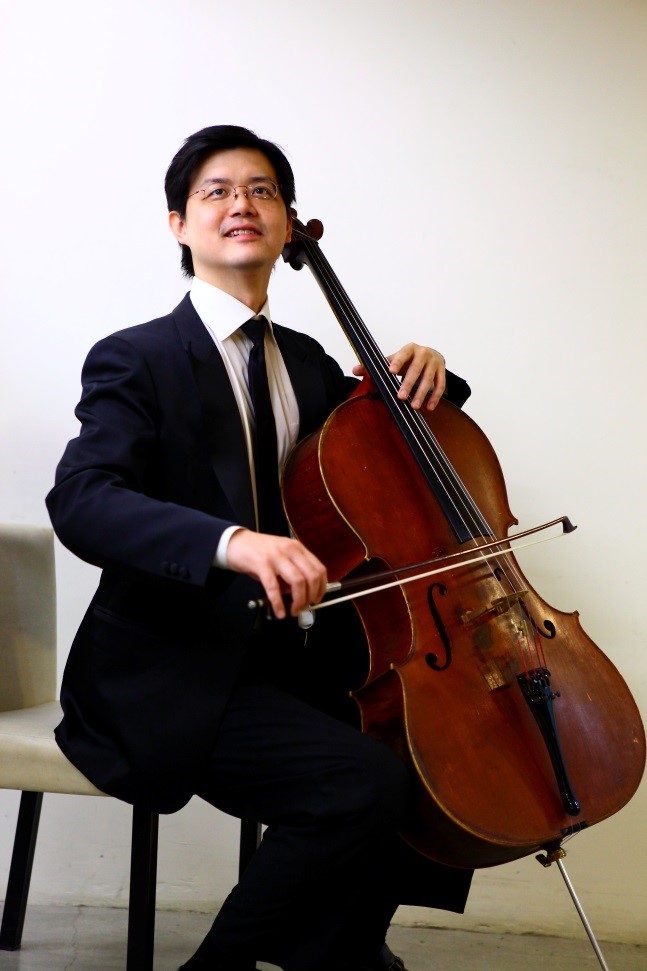 Hailed by the critics of The New York Concert review and the Strings Magazine from his recital debut at the Carnegie Hall as being the “most excellent cellist….with genuine musical personality”, Tsao-Lun Lu has a multi-facet career.  As a Julliard trained, Yale and Harvard influenced young cellist, Mr.Lu seeks to find new ways of communicating to audience. Besides giving recitals in major concert halls in both the US and Taiwan, Mr.Lu went on tour to South America, Korea, and France playing concertos with orchestras such as the Taipei Philharmonic Orchestra, World Civic Orchestra, New England Symphonic ensemble, Juilliard pre-college Orchestras, Kaohsiung City Symphony Orchestra, Correlliard Orchestra,and LaGuardia HS Symphony Orchestra. He recently performed in the closing ceremony of the 2009 World Game in Kaohsiung.

Mr.Lu maintains a balance between his engagements as soloist with orchestras and his recital and chamber music activities. He draws inspiration from a wide circle of collaborators, creating programs with such artists as Members of the Lincoln center chamber music society, Paul Neubauwer, Ron Thomas, Chao-Liang Lin, David Chan, Bryant Hong, and Nai-Yuan Hu.

Chaolun Lu was born in Kaohsiung. He began to study the cello at age 6.  He was granted the privilege of studying at the Juilliard School Pre-college at age 13.  His principal teacher was Chen-Chemin, Ardyth Alton, and Aldo Parisot.  He received his BM from Juilliard in19 97, and his MM from Yale in 1999.  He was also the Visiting Scholar of the Harvard Graduate School of Education in 2001.  He was awarded the Lincoln Center Chamber Music Society Certificate of Merit in 1993, the Aldo Parisot Prize in 1999, National Concert Hall Rising Star audition in 1997, First prize at the Great Neck competition in 1994.  Mr.Lu is now the Artistic Director of the Taipei Philharmonic Orchestra Chamber Music Society.