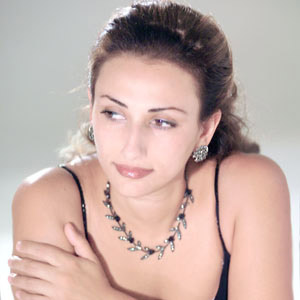 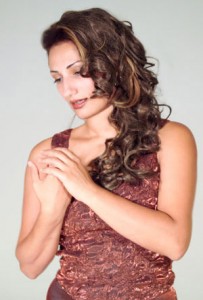 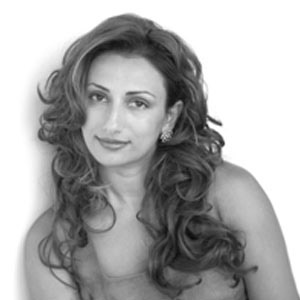 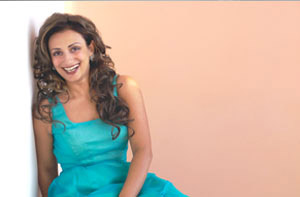 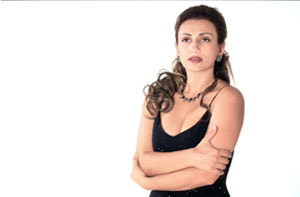 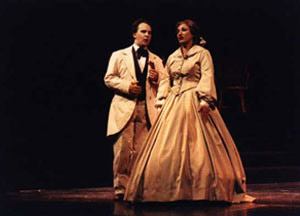 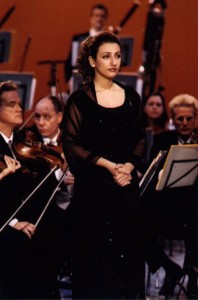 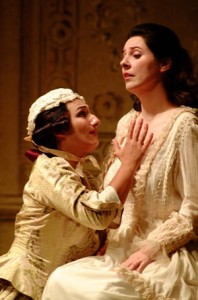 She made her début in 1996 at Yerevan Opera Theatre, in the role of Parandzhen, in “Arshak II” by T. Chukhadyan. From 1997 until 2004, at Yerevan Opera Theatre, she has been Carmen in “Carmen” by G. Bizet, Polina in “Pikovaya dama” by P. Tchaikovsky, Azucena in “Il Trovatore” by G. Verdi and Adalgisa in “Norma” by V. Bellini, and, like concert performance, she has been Amneris in “Aida” by G. Verdi with the Armenian Philharmonic Orchestra. In 1999 she has been Mother in “Anoush” by A. Tigranian in Los Angeles (USA).

In 2001 has taken part in the “Festival Euromediterraneo 2001”, in the Teatro Romano of Ostia Antica (Roma, Ilaly), where she has sung together with Monserrat Caballé duo from “Maria Stuarda” by Donizetti.

In December 2001 she has been Azucena in “Il Trovatore by G. Verdi, at Teatro Gayarre in Pamplona (Spain). In 2001 she has taken part, together with José Cura, in the TV program “Klassisch!” in Munich (Germany). In January 2002 she has been guest at MIDEM in Cannes (France), where she did a concert recorded by TV channel MEZZO.

In March 2002 in Bergamo (Italy), she has sung together with Cecilia Gasdia the “Stabat mater” by G. B. Pergolesi.

In May 2002 she has taken part in the “IX Gala Lirica”, at Teatro Monumental in Madrid (Spain), with the Orquesta Sinfónica de Radio Televisión Española and in October she has done a concert at Salle Gaveau in Paris and has sung. In 2002 she has sung at Teatro Gayarre in Pamplona (Spain) the “Petite messe solennelle” by G. Rossini.

In September 2003 she has been Cherubino in “Le Nozze di Figaro” by W. A. Mozart in Spoleto,(Italy) and in November she has been Olga in “Evgenij Onegin” by P. Tchaikovsky, at Teatro Giuseppe Verdi in Sassari (Italy).

In April 2004 she has taken part in Italy in the festival “Suoni di Primavera”. In June she has been Cherubino in “Le Nozze di Figaro” by W. A. Mozart in several prestigious theatres in Japan, among them the Tokyo Bunka Kaikan in Tokyo, in July she has been guest of the festival “Flâneries Musicales d’Eté 2004” in Reims (Francia) whereshe has been protagonist of the concert “Les voix de Montserrat Caballé” and in December has done several “Concerto di Natale” in Italy.

In December 2006 and in January 2007 she will do some “Concerto di Natale” in different towns in Italy. In April 2007 she performed the “Stabat Mater” by A. Vivaldi in so many Sicily towns.

In September 2010 she has taken part in the “Return Festival” with the solo-recital “Opera Masks” in Erevan, (Armenia) and in October 2010 with solo-recital in the “CONCERTUS SAISONNUS” in Geneva (Switzerland).

On 17 March 2013, Varduhi will bring ‘In Memory of Maria Callas’,  a Verdi and Italian opera recital , in the Geelvinck Salon, together with pianist Hayk Melikyan.