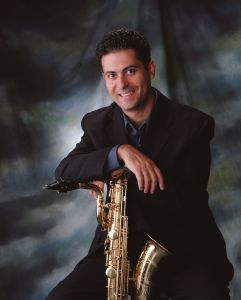 As the first Cypriot classical saxophonist Miralis has given numerous solo and chamber performances in Cyprus, Greece, Italy, Lebanon, Switzerland, Spain, Serbia, Canada, and the USA, including performances at a number of national and international saxophone conferences. He was the first saxophone soloist with the Cyprus State Chamber Orchestra under the direction of Ayis Ioannides. He also appeared as soloist with the Macedonian Saxophone Quartet, the Ensemble Philharmonia under the direction of Spiros Pisinos and the Cyprus State Orchestra under the direction of Miltos Logiades and Sasha Makila. He has been a member of the Macedonian Saxophone Quartet with which they performed at the Cultural Olympiad of Athens 2004 and at a five-concert tour of Switzerland with the Orchestre de Chambre de Neuchâtel. As a member of the acclaimed Transcontinental Saxophone Quartet (TSQ) he was a prizewinner of the Music Teachers National Association (MTNA) National Collegiate Chamber Music Competition and the prestigious Fischoff National Chamber Music Competition. They have collaborated for a series of concerts with the Cultural Services of the Ministry of Education and Culture and the Cyprus Tourism Organization. They have also performed at the renowned Ravenna Music Festival in Italy and they appeared as soloists with the Royal Belgian Air Force Band in Minneapolis. Their first CD “Mountain Roads,” (Albany Records) received outstanding reviews. He is also a member of the Mediterranean Trio, a chamber music group with saxophone, violin and piano, with which he performed at such venues as the Beethovenhouse in Bonn.

Miralis has a genuine interest in expanding the saxophone repertoire and has commissioned numerous saxophone works by such composers as J. Harbison, B. Rands, D. Maslanka, L. Bell, R. Borel, Ph. Dymiotis, G. Karvellos, C. Stylianou, H. Sofocleous, D. Constantinides, T. Stylianou and C. Papageorgiou. He has given world premieres of a number of these works in Chicago, Appleton and Nicosia.