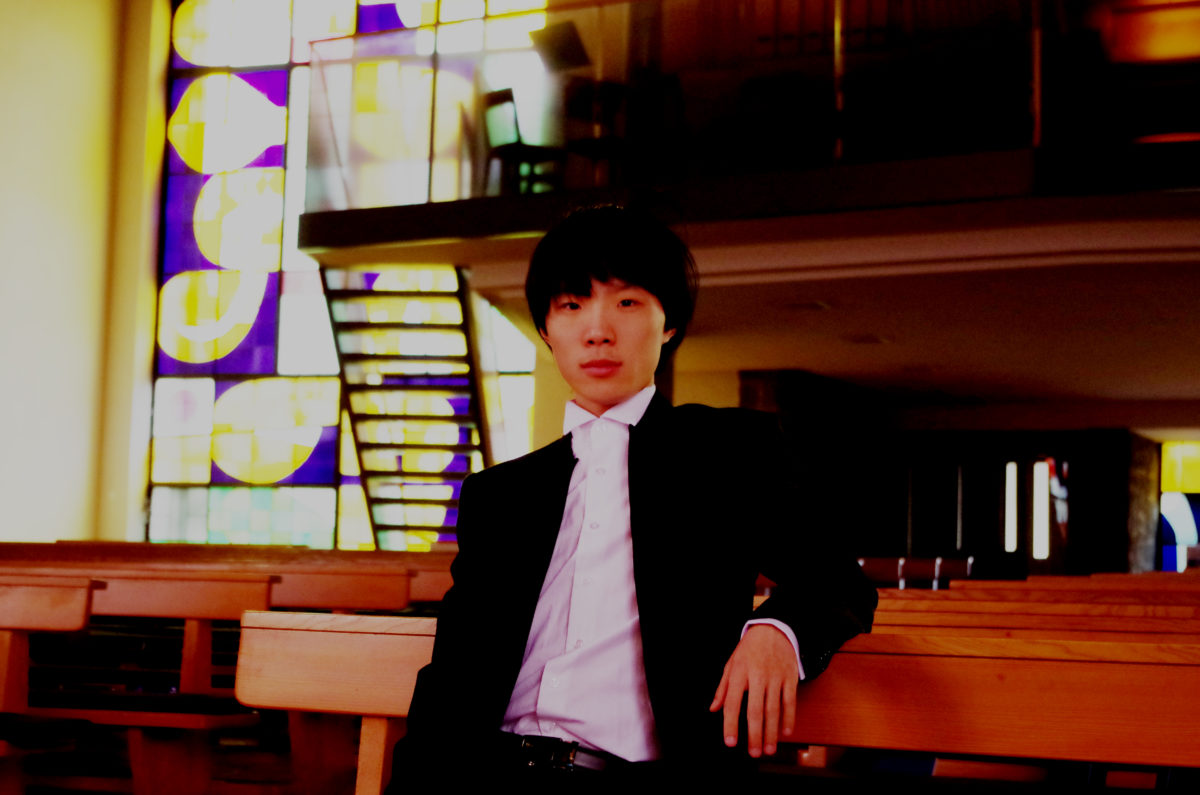 Jiang Yushan, harpsichordist and organist, was born in Tianjin and has been learning music since childhood, tutored by Jin Kaihua and Feng Wanqi. Jiang performed Grieg’s piano concerto in A minor with Tianjin Symphony Orchestra in the age of 13, and then went to Moscow for music study when he was 15. After graduating with excellent academic record from Central Music School of Moscow State Tchaikovsky Conservatory, Jiang went on to seek for further education in Tchaikovsky Conservatory as well as in Folkwang University of Arts and Zurich University of Arts. Jiang has learned from the famous Russian pianist Andrei·Zhavaronkov, organist Professor Alexei·Parshin, Professor Christian·Rieger, harpsichord soloist and figured bass player of Musica Antiqua Köln, and Professor Andreas·Jost, organist of Grossmünster in Zurich.

As a harpsichordist, Jiang has been engaged in the making of Mass in B Minor of Bach and Messiah of Handel, and recorded various works, including full collection of The Art of Fugue. Starting from 2014, in over 29 concerts in Zurich, Jiang played all the keyboard works of Bach in nearly three months. In the summer of 2016, Jiang played the works for 2 harpsichords composed by Bach and his sons with Christian·Rieger in Duisburg, Germany. In the same year, sponsored by Sparkasse Bank of Germany, Jiang organized the serial solo concerts – Bach and his teachers in Duisburg. He founded the Baroque ensamble “Z Leonis” in the end of 2012, whose members are Chinese musicians of baroque music living in European countries. In 2017 Jiang won the silver medal at the Koehler-Osbar Music Competition in Germany, making him the first Chinese harpsichordist winning this competition.

As an organist, Jiang is particularly expert in the works from late Renaissance to Baroque. Beside the regular recitals in Grossmünster and St. Johannis Church, Jiang has also been invited to perform in many significant and specially meaningful sites such as the Thomaskirche, where Bach had served as kantor, the Palace Church of Altenburg and the St.Wenzel Church of Naumburg, where Bach personally checked and played the completed new organ, the St.Johannis Church of Lüneburg (holding one of the most important instruments of the North German organ school), the Cathedral of the Holy Trinity, Dresden, the Church of the Holy Cross, Bordeaux and so on. Meanwhile, he is also an active concert hall organist. In the May of 2016, Jiang held a solo concert at the Grand Theater in Hangzhou, China, being one of the few organists who are competent for large recitals in China. In addition, he is also proficient in all kinds of religious liturgy, and has been invited on many occasions to host the music activities in important religious festivals in major churches.

Jiang is the harpsichord soloist and figured bass player of Folkwang Barock and “Z Leonis”, also serving as the organist of the St. Anthony Catholic Church in Zurich, as well as guest harpsichordist and organist in various European Baroque Orchestras and churches. Not only that, he has also published several academic articles on the Baroque music playing skills and styles, attracting wide attention in the public.