About the three Symphonies:

Jason qui emporte la toison d’or
Ovid: Metamorphoses Lib: VII Fab. I
The Argonauts, with Jason, their commander, landed on the banks of the Phases. As soon as they set foot on land they went in full state to the king, who received them magnificently; they requested that he hand over the Golden Fleece which Phryxus had left in Colchis (1). The king, with the aim that they would abandon their plan, put to them the difficulty and also the dangers that they would be exposed to as a result. While this was going on, Medea, the king’s daughter, fell in love with Jason (2). After much reflection she finally said to herself: what I abandon here is less important than that which lies before me (3). Briefly, she gives magical herbs to Jason with the help of which he lulls to sleep the dragon which guards the Golden Fleece, and after that, kills it. Proud of his booty, and even prouder of the possession of his beloved Medea, Jason boards [the Argo] with her, arrives safely in Iolcos, and is received there in triumph (4).

Ajax et Ulysse
Ovid: Metamorphoses Lib: XIII Fab. I
After the death of Achilles, Ajax and Ulysses argued as to who should receive his weapons. The commander of the Greek army was the arbitrator. Ajax stepped forward; held fast to all the rules of rhetoric in his speech which shone forth with a great deal of schoolroom erudition – or better to say, pedantry (1). At the completion of this speech one was in no doubt about the [probable] victor. After this Ulysses rose and, with a cool bearing and confident glance, expounded his case with so much charm, such subtle delivery and thrilling eloquence, that it was impossible to resist his convincing arguments (2).
The judge recognised this and awarded the weapons of the great Achilles to him (3).
Ajax, full of despair at Ulysses’ victory (4), seizes Achilles’ sword and in a clear voice, cries: “at least Ajax shall be conquered by no one but himself”: he stabs himself in the breast (5). At the place where Ajax’s blood stains the earth (6) purple-coloured flowers grow up (7).
1. In writing the Allegro moderato in a contrapuntal style, the composer wishes to depict an orator who certainly exhibits his deep knowledge of rhetoric, but whose speech abounds with his schoolroom pedantry.
2. This Recitativo and Arioso shall depict an orator who can bind his audience to him through subtle delivery, without transgressing the rules of the art [of rhetoric].
3. The Tempo di Minuetto depicts Ulysses’ victory, the Alternativo, Ajax’s discontent at it.
4. Irresolution, pain, ambition, shame and rage alternate in this Allegro molto. After the rage depicted in the two repeated sections, Ajax stabs himself in the breast with the sword of Achilles. The blood streams out of the wound, but stops again. At that point, the composer is not capable of depicting the colour or fragrance of the flowers; so he requests his audience, whether or not with closed eyes, that at the performance of the last Adagio con molto, he must imagine a whole bed of the most wonderful flowers, in a summer setting, which not only satisfies the eyes but also the nose.

Hercule [en Dieu]
Ovid: Metamorphoses Lib: IX Fab.III
As the glorious deeds of Hercules became known throughout the entire world (1), Juno’s hate for him increased. Deianira, Hercules’ wife, was secretly informed that her husband was in love with Iole. This news broke Deianira’s heart and filled it with pain and jealousy (2). After long reflection, she settled on sending her husband a shirt she had been given by Nessus (3) little knowing that this unlucky present would plunge her husband into so wretched a condition. Here it is important to know that before his death, which Hercules had brought about, in order to avenge himself, he gave this shirt which had been dipped in the strongest poison of the Lernaean Hydra to Deianira with the assurance: that it would infallibly keep her husband true and constant. Hercules puts it on (4); the poison spreads throughout his body. He rages, builds a pyre, lights it, and immolates himself. Jupiter adds him to the number of the gods and places him under the glittering stars.
1. The first Allegro e vivace depicts in the first part the fame which resounds throughout the world at Hercules’ deeds; in the second, the superhuman strength which enabled him to complete his Labours.
2. In this Adagio the composer seeks to express Deianira’s deep melancholy when she hears of her husband’s infidelity.
3. Both in the Tempo di Menuetto, as in the Alternativo, he wishes to depict the differing emotions, almost bordering on the crazy, and to set up a contrast with the preceding and succeeding movements.
4. A fugal movement through which the composer wishes to depict the poison spreading throughout the body. In the following Adagio he sketches a serene summer evening, and, at the close, a brightly lit star in the glimmering darkness

August Carl Ditters von Dittersdorf was an important Austrian violist and composer of the Classical era. After some early Italian opere buffe, he turned to writing German Singspiele, with Der Apotheker und der Doktor (1786) in particular being a tremendous success in his lifetime, playing in houses all over Europe and recorded almost two centuries later. Among his around 120 symphonies are twelve programmatic ones, based on Ovid’s Metamorphoses, of which only six have survived. These are edited by Prof. Dr. Allan Badley, Artaria Editions. New Zealand, 1999

James Tibbles is one of New Zealand’s leading players of historic keyboards (harpsichord, clavichord, fortepiano and organ), and a key figure in New Zealand’s Early Music scene. James has an active performing career, both in this country and overseas. James is Head of the Early Music Department in the School of Music, Artistic Director of Age of Discovery, and a member of the baroque chamber ensemble Extempore.

James holds a B.Mus (Perf) and MMus in Organ and Harpsichord from the University of Auckland. Subsequent to studying in New Zealand he undertook postgraduate study at the Royal Conservatory, the Hague, as well as pursuing studies in historic organ and fortepiano.

James has an extensive discography, including recordings of English organ music on the 1779 Avery organ in Ponsonby, Auckland, Bach harpsichord works on the University of Auckland’s Zell copy, North German Organ Music, on the Ahrend organ at Melbourne’s Monash University, and the complete F. Couperin organ masses, on the 17th century organ at Rozay-en-Brie, France.

Geelvinck Fortepiano Festival 2015:
Prof. James Tibbles will take part as panel member at the Symposium on the historically informed performance practice on 20 October.

Prof. James Tibbles will kindly be available for master classes on 19 October

Early keyboard performer and pianist Michael Tsalka (Netherlands/Israel) has won numerous prizes and awards in Europe, the U.S.A., the Middle East and Latin America. A versatile musician, he performs with equal virtuosity a wide span of repertoire from the early Baroque to our days on the modern piano, harpsichord, fortepiano, clavichord, square piano and chamber organ.

Tsalka was born in Tel-Aviv, Israel. After obtaining a Bachelor’s degree from Tel-Aviv University, he continued his studies in Germany and Italy. In 2001, he received a piano solo diploma from the Scuola Superiore Internazionale del Trio di Trieste, where he studied with Dario di Rosa. From 2002-2008, he studied at Temple University under the guidance of Joyce Lindorff, Harvey Wedeen, and Lambert Orkis. Tsalka holds three degrees from that institution: a Master’s degree in chamber music/accompanying, a Master’s degree in harpsichord performance and a Doctorate in piano performance. Other teachers included Sandra Mangsen, Klaus Schilde, Malcolm Bilson, and Charles Rosen.

Dr. Tsalka has presented seventy master classes and lecture-recitals in academic institutions and conferences around the world. Six of his scholarly articles have been published by music journals, including De Clavicordio (Italy), Piano Bulletin EPTA (Netherlands), The Early Keyboard Journal and Early Music America (U.S.A.). He taught at the Esther Boyer College of Music, the National Center for the Arts (Mexico), and at Lilla Akademien (Stockholm). Currently, he is a visiting professor at Celaya Conservatory in Guanajuato, Mexico. In 2011, Tsalka was the artistic director of a concert cycle dedicated to J. S. Bach, with presentations at the Forbidden City Concert Hall in Beijing, Qingdao Grand Theatre and Wuhan’s Qintai Concert Hall.

In December 2014, he was the artist director of a mini-festival for the Dutch Embassy in Stockholm. www.michaeltsalka.com

Throughout his career, Tsalka has received numerous favorable reviews: “Tsalka demonstrated control of a pearly, brilliant touch, as well as a subtle phrasing, full of nobility and expression” (El Siglo, Argentina); “Two sonatas by Daniel Gottlob Türk, played on clavichord, were another high point [of the recital. The sound of the clavichord made the audience listen with increased concentration and created a highly intense atmosphere” (Frankfurter Allgemeine Zeitung); “Tsalka is evidently a true, brilliant musician…” (Clavichord International, Amsterdam); “The concert was a smashing success…” (Global Times, Beijing); “Tsalka quickly took command of the evening at the full concert hall and did so with such simplicity and great elegance that the public was enchanted.” (Folket, Sweden); Tsalka showed almost incredible virtuosity throughout…” (Berkshire Review, Boston and New York). 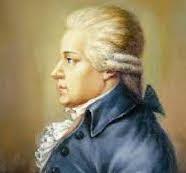 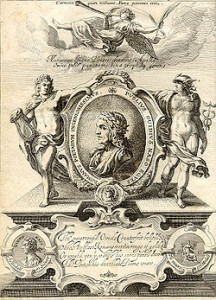 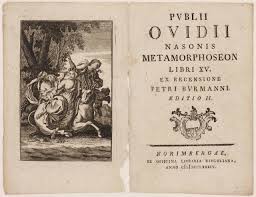 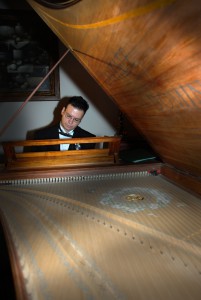 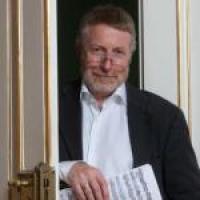 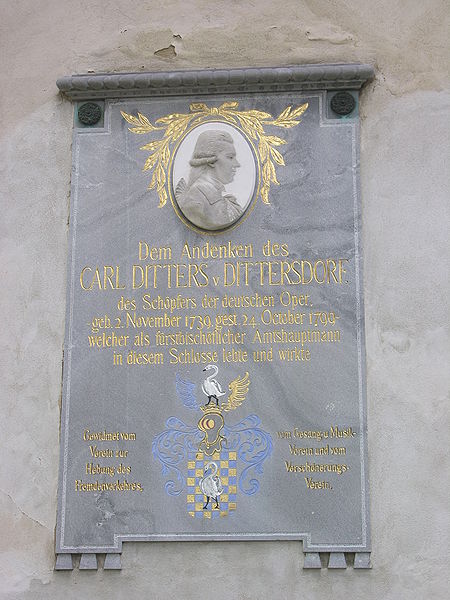