“This evening I tore through six Bach fugues, arranged as duets, at sight, with Clara (…), and when I came home, about 9 o’clock, I sat myself down at the piano and ideas poured from me till veritable flowers and gods seemed to stream from my fingers. The idea was C. F. G. C.”

So, in his Record of my Life in Leipzig, on the 29th of May 1832, Robert Schumann describes one of his improvisations at the keyboard, which brought him to the composition of the Impromptus op 5, on a theme of Clara Wieck. The theme to which they refer is that of the Romance Variée, op. 3, that Clara composed between 1831 and 1833. Actually, recent studies demonstrated that the original theme, at least its “head”, was initially conceived by Schumann, who already wrote it in his Sketches from 1830. It is probable that Schumann gave the musical idea to the 11 y.o. Clara in 1830, when he came to live at the house of his piano teacher Friedrick Wieck (the father of Clara).

The Impromptus, defined by Schumann himself, in one of his autobiographical sketches as “a new form of variation”, put together himself and Clara (in the upper theme), and Bach (in the bass notes CFGC that go through the entire piece and culminate in a Fugue in the finale). The spirit of Bach is present also in the use of techniques as the invertible counterpoint in n.3 and the treatment of Clara’s theme as cantus firmus in n.4 and 8. The Finale, with its dancing and animated start and the unpredictable fugato that follows make us think at the words of Schumann: “The best fugue is that one that the public takes for a Strauss waltz; in other words, a fugue where the structural underpinnings are no more visible than the roots that nourish the flower”.

The presence of pieces of Bach and Scarlatti was a habit that Clara Schumann took probably from Ignaz Moscheles, virtuoso and youth idol of Schumann. He was used to give, among other types of concert, “Historical soirées” in which he mainly performed works of J. S. Bach and Domenico Scarlatti. Schumann learned to appreciate ancient music in his Heidelberg period, when, still apparently student in Law, but practically already all taken by music, he was in friendship with the jurist Anton Friedrich Tibaut, passionate of ancient music. Schumann never stopped studying fervently Bach. He also influenced Clara in her studies, before and after marriage, advising her to not spend time on virtuostic, empty pieces, but dedicate herself to the study of the true big masters of the past.

The Intermezzi op. 4 are clearly influenced by ancient composition techniques and sonorities. Some of them explore the possibilities of polyphony and polyrhythm. Other ones contain a whirling movement of scarlattian memory. In other Intermezzi, the technique of the musical fragment are explored in an even more innovative way than Papillons. Schumann said of them: “The Intermezzi are going to be something special – each note is going to be weighed up carefully”. The quotation from Goethe’s Faust in the second Intermezzo (“Meine Ruh ist hin”, also put in music by Schubert), makes us think that Schumann probably had inspiration in Goethe’s Faust for these pieces, much earlier than he effectively did with the composition of his Faust Szenen (1844-53). The term Intermezzo, not so often used in piano literature before Schumann (Mendelssohn used it in his Second piano quartet), alludes probably at the interludes played between acts of a comedy or a drama, and confirms the very innovative view of Schumann on piano music.

She recently recorded a CD (Dynamic, 2019) entirely dedicated to the music of Robert Schumann on a Viennese fortepiano of the 1830’s. 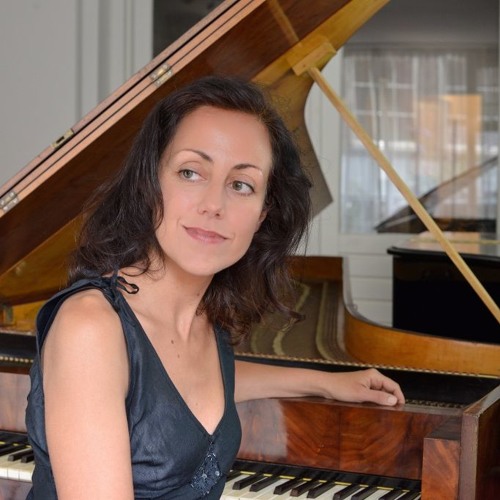 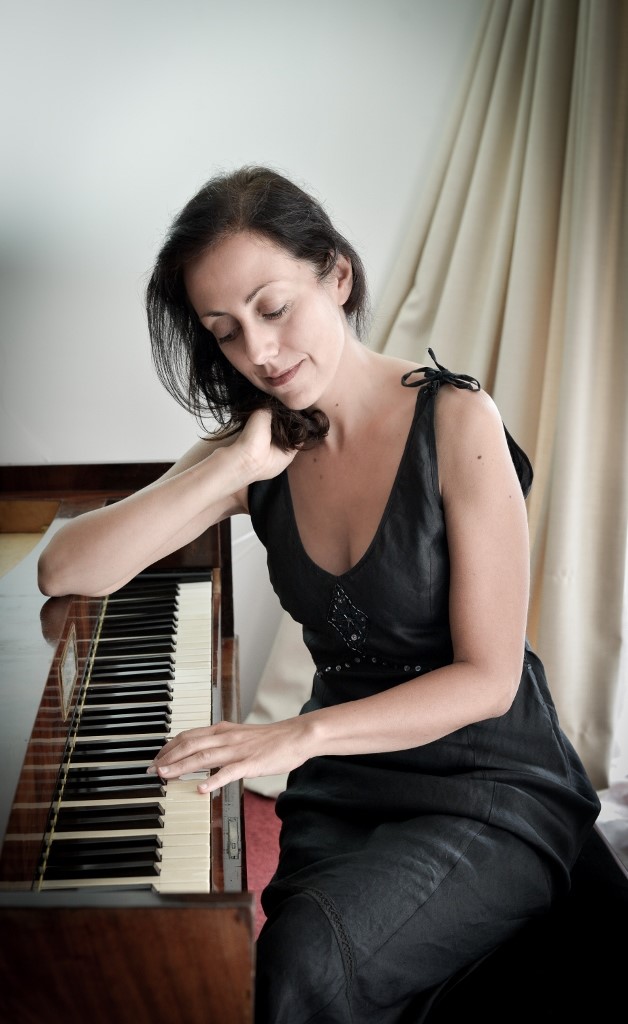 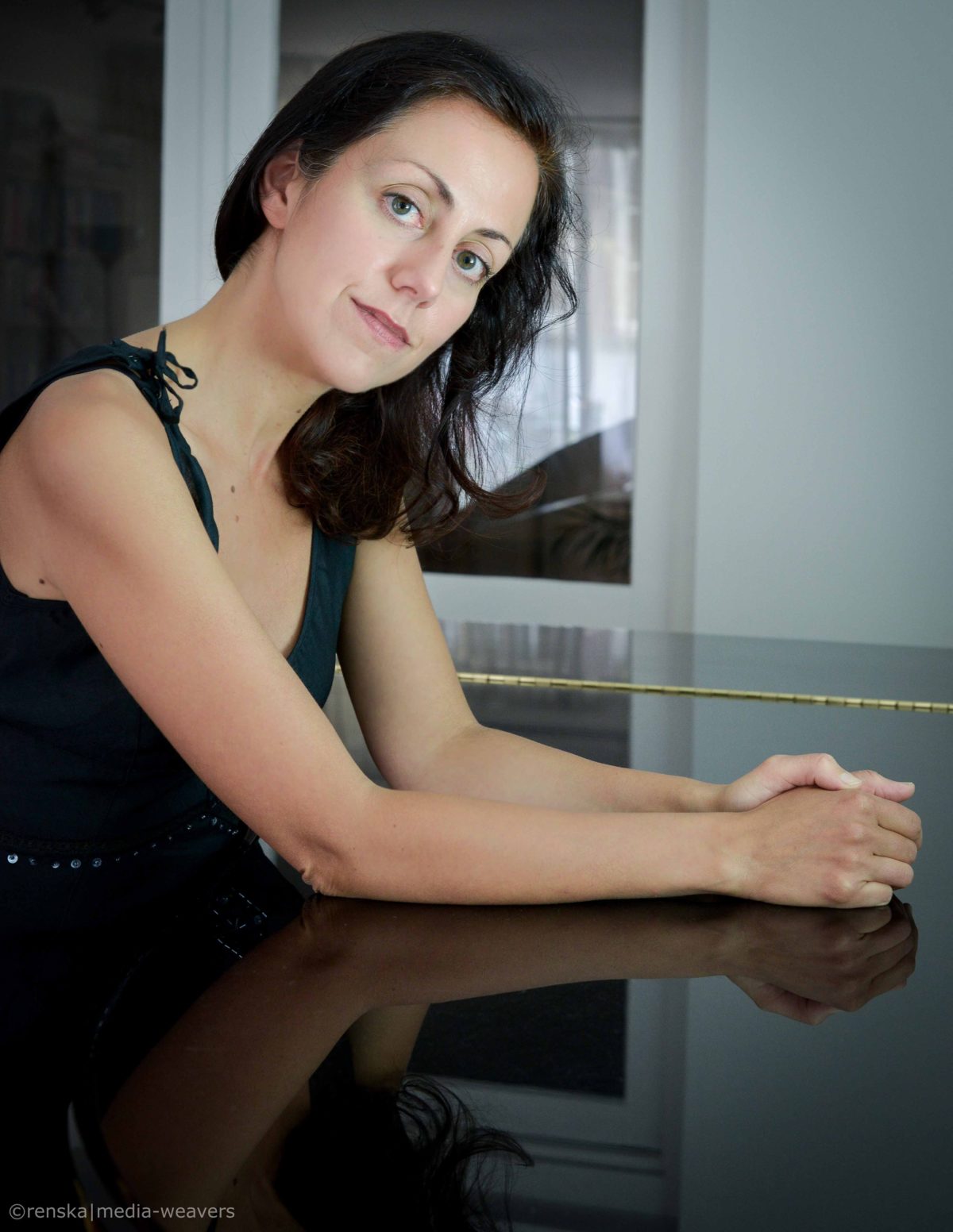 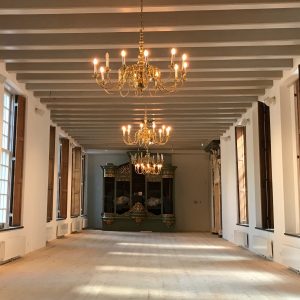 The Geelvinck Salon has found a new home in the building, which since June 2019, houses the Luther Museum, also known as the Wittenberg. This name is a reference to the city where Luther once made his theses known. The building, which dates from 1772, is located in the Plantagebuurt between Weesperstraat and Roetersstraat on the corner where Nieuwe Kerkstraat and Nieuwe Keizersgracht meet. The address of the Luther Museum and the church hall is Nieuwe Keizersgracht 570.