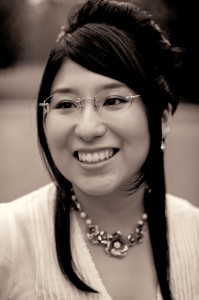 As a student I was always very interested in European composers and I believed that my understanding of their works would be enriched by continuing my study in Europe. My teacher in Japan advised me to go to Amsterdam to study with Naum Grubert who is a teacher at the Conservatorium of Amsterdam. Once I arrived in Amsterdam I could start in the third year of the bachelor degree classical piano. During my study I applied for a scholarship by Jacques Vonk Foundation, after having been awarded the scholarship I continued with a master degree. Europe was a great experience and a good opportunity to meet other musicians. The Conservatorium of Amsterdam also had a large Japanese society which helped me to integrate into the European culture.

In 2011 I finished my master at the Conservatorium of Amsterdam. After studying classical piano for many years I could finally pursue my dream to start a small music school. In 2012 I started Natsuko Hara Music School. During my bachelor in Japan I attended several courses on the subject of teaching and I obtained a license to teach music. The skills I learned there, together with the experiences that I have gained over the years put me in a good position to teach other people. In addition to teaching I enjoy performing; therefore I actively pursue opportunities to perform.