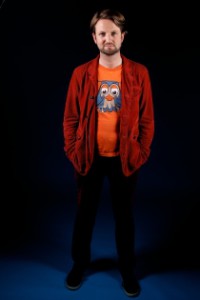 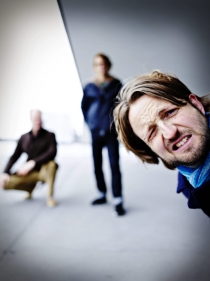 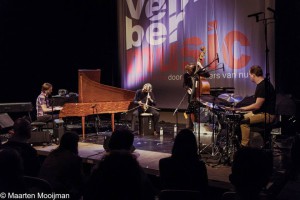 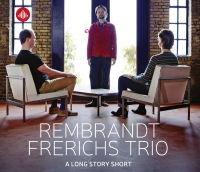 One of the highlights of the North Sea Jazz Festival” Jazzmagazine wrote about pianist and composer Rembrandt Frerichs…One couldn’t hope for a better recommendation.

Rembrandt (1977) is a pianist with a broad perspective. He is familiar with the American jazz tradition, but wants to avoid the well-trodden path. His curiosity and knowledge of the art music of different parts of the world urge his music to develop constantly. The way Rembrandt searches for a new musical idiom makes him an extraordinary musician, pushing the limits of boundaries made up by music industry, like classical music, improvised music and worldmusic.

At age 22 Rembrandt made his debut at the North Sea Jazz Festival. During that time he received the scholarship for excelling young musicians to study in the United States. Directly after graduating he was asked to start teaching at various conservatories.

In 2007 his debut album Self Portrait was nominated for the Dutch Grammy (Edison Award) His music brought him playing at legendary Jazzclub Birdland in New York and festivals and clubs in Europe and the Middle East.

The summer of 2013 marked the beginning of a new artistic journey: the Contemporary Forte Piano.
Rembrandt’s profound interest in finding out different ways of playing the piano are supported by his constant research. His interest in the oriental instruments santur and qanun brought him to the fortepiano, a typical European instrument played by Mozart and once exported to ancient Persia by Napoleon Bonaparte. In an opposite way, Rembrandt now brings back elements of Middle Eastern art music and Baroque music to his improvised sets.
The National Instruments Fund was enthusiastic about this new direction in clssical music and decided to assign Belgian instrument maker Chris Maene to build a new fortepiano especially for Rembrandt. Read more about that at: thecontemporaryfortepiano.com

The Dutch government selected the now 36-year-old artist as Music export Artist, presenting the top of Dutch arts around the world.

Currently Rembrandt’s work is focused on composing and performing new music, playing with his modern improvised jazz trio and initiating projects with musicians that inspire him.

Together with his musical friends bassist Tony Overwater, oboist Yoram Lachish and drummer Vinsent Planjer he’s on the road with their group Levantasy.
http://www.levantasy.com